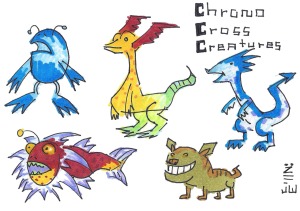 A collection of creatures from Chrono Cross. Clockwise from top left: a Beach Bum, a Komodo Pup, a Sandsquirt, a Bubba Dingo, and an Opah Fish. 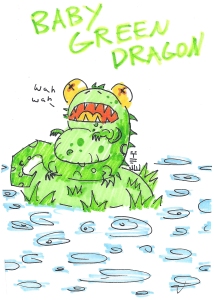 Baby Gween Dwagon wants his bah-bah! Inspired by the Green Dragon, who we haven’t seen in-game yet (aside from the montage in the intro video).

The Frozen Flame. IT CAN SEE YOU…

Our Chrono Cross project logo, with the Player as Serge and the Doodler as…Miguel. 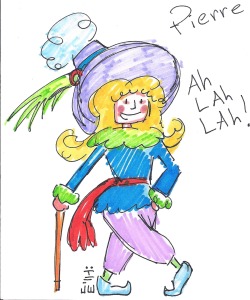 Some more NPC’s from Chrono Cross (well, except for Frog). ZOAH here actually has more clothes on than he does in the game, if you can believe it.

Why, if it isn’t our favorite unholy creation, the lucky voodoo doll Mojo! I mean Lucky Dan! He’s the best dancer in the whole game! 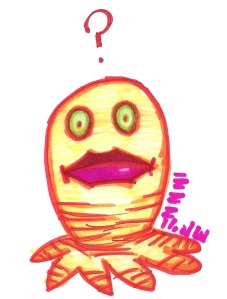 One of the googly-eyed monsters from the Shadow Forest. I don’t think it even has a name, as you don’t fight it but feed it to another monster. It seems confused as to its own existence.

A rather nice drawing of a Gobledygook monster that looks better than the actual game version. He’s got his tongue all a-wagglin’! 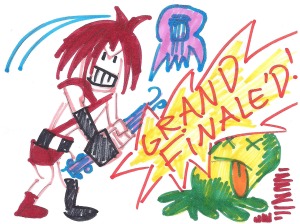 Nikki (or Larry, as we renamed him) has one of the best Level 3 Techs in Chrono Cross. It’s not that *effective*, but it is pretty awesome. 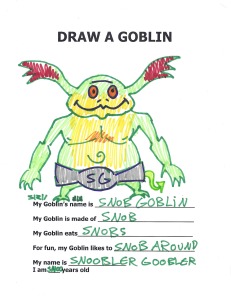 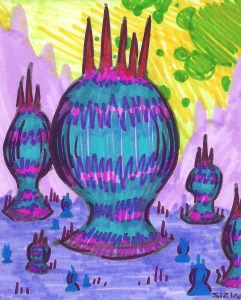 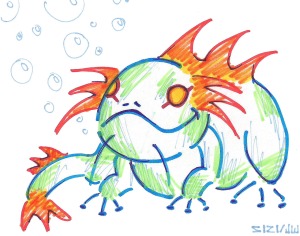