The crossover nobody was asking for: King’s Quest and Axe Cop! 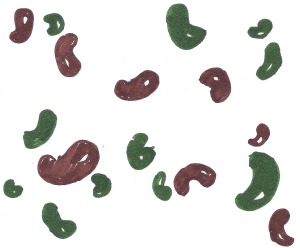 The Doodler loves to draw beans! (Context: the Player said that the Doodler was probably drawing beans, meaning his comic strip Zoe and Beans, but the Doodler thought he meant actual beans, hence the drawing.)

Oh, it’s those goofy goblins! They’re so lovably roguish! They’ll kidnap your entire town and starve them! It’s so whimsical! 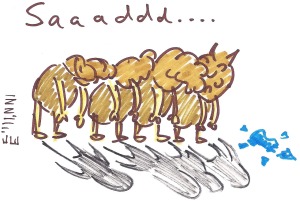 Part 1: Overwhelmed by his ridiculous responsibilities and hyperactive guards, Graham instead gets kidnapped by goblins, which, frankly, comes as somewhat of a relief.

Part 2: King Graham finds all his whimsical friends from the last chapter, only now they’ve now all been captured by goblins and are sick and dying, including a pregnant woman. Wow, this series got dark fast.

Part 4: Sad goblins make for the most hilarious goblins. And some hot frog-licking action!

Part 5: We build a fantasy bomb! And Christopher Lloyd gets mad at us for interrupting his story.

Part 6: The villain steals the Doodler’s work to incite goblin shenanigans! But the day is saved thanks to King Graham’s great improv skills.