Part 1: Little Zooey D helps Mother Goose fix her nursery rhymes, like the one about the man who shut his trophy wife away, or the one where three perverts followed a little girl around.

Part 2: As the Player finds out how hard it is to get children to do what he wants, little Zooey D kills a dude and injures several more. You know, for kids!

The Doodler’s nieces in the storybook land from Mixed-Up Mother Goose! Everyone’s happy that the castle is square! 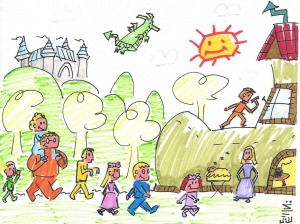 There was an old Doodler who lived in a shoe / Who had so many nephews (and nieces) he didn’t know what to do! / He drew them a dragon and a smiling sun / And the squarest of castles made this drawing done! 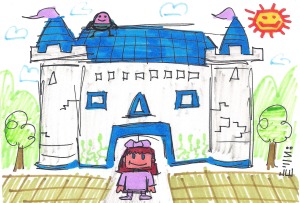 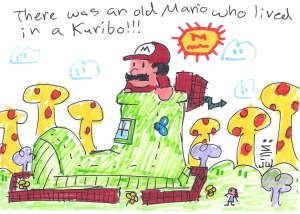 These Mother Goose nursey rhymes are so Mixed-Up, somehow Mario got Mixed Up in them!