This was recorded on the day Adam West died, so we put together this tribute, featuring a version of Batman that had nothing to do with Adam West. 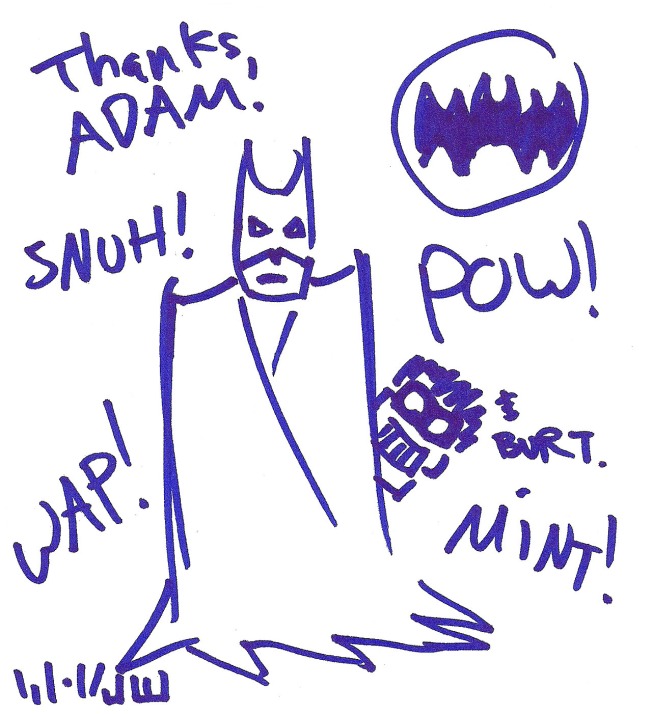 This was drawn on the day Adam West passed away. Thanks for the POW! BAM! good times!

The Puppeteer and the Red Flapper join us for Golden Axe for the Sega Genesis! Ambiguously-gendered heroes avenge some guy named Alex by attacking Abobo clones.

Golden Axe II! In the sequel, the Puppeteer and the Red Flapper invade the enemy’s headquarters to defeat its hindquarters! 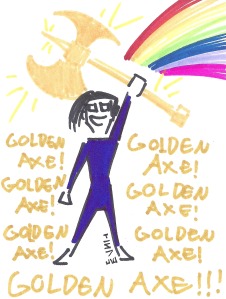 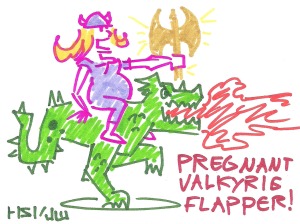 A request from chat! 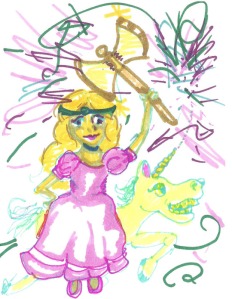 We were going to play a round of Mario Party 7 during the Golden Axe stream but then the computer crashed! So enjoy this sketch by The Red Flapper of Princess Peach converted into a Valkyrie! 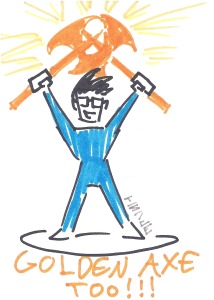 It’s the Player (Sonic) vs. the Doodler (Tails)! Watch the fastest thing alive repeatedly get crushed by boxes and gamble a lot! Good form!