From the creators of Monkey Island and Grim Fandango comes The Cave, a cross between a Midwestern tourist trap and the Canterbury Tales! Featuring special guest star The Puppeteer!

Part 1: It’s The Cave! The Player plays a noble knight, the Doodler plays a set of creepy twins, and guest star The Puppeteer plays as…himself?

Part 2 begins The Knight’s Tale, as our “noble” hero attempts to win Excalibur from the Burger King and his electrical engineer of a princess!

Part 3: The brave knight wins the heart of a fair maiden! Literally!

Part 4 begins The Hillbilly’s Tale, where a country bumpkin tries to win the favor of a cardboard cutout in a sleazy carnival.

Part 5: The hillbilly gets all fired up! Also, can we satisfy the needs of Stinky Pete?

Part 6: With Stinky Pete satisfied by the return of his vittles, we turn to The Twins’ Tale. Will these definitely-non-creepy kids ever be able to go out and play?

Part 7: A happy ending for The Twins! Followed by the hunt for a crystalline entity…

Part 8: In true Monkey-Island-esque fashion, we get stranded on an island with Herman Toothrot. Can we sneak off, leaving him to die? I sure hope so!

Part 9: In the finale, we reflect on what we’ve learned. Always close doors behind you, don’t fall in love with a pair of legs, and always make sure you have the proper getaway music!

Costume Quest! Where kids seek to save candy from evil goblin-like Grubbins! Can we also get some frosty chocolate milkshakes?

Part 1: Wren loses her brother to evil Grubbins and has to rescue him to avoid getting grounded. Oh, and save him from a fate worse than death or something, I guess.

Part 2: We find the park, where the crazy old cowboy gives us apples. Can we fulfill our MANIFEST DESTINY?!?

Part 4: We find all the lighted houses and enter the spooooooky graveyard. We also discover the true meaning of Halloween: slapping a princess with a bag of peanuts!

Part 6: The Spaceman Spiff costume helps us sneak through the daaaaaarrrrk maaaaalllllll, where the Trowbogs get more buffy!

Part 7: We get our third party member, who looks somewhat like (and shares a name with) occasional guest streamer The Red Flapper. She joins our quest…FOR SCIENCE!

Part 8: Will we win the Costume Quest Costume Contest?!? More importantly, will we ever finish this game in the future? (Probably, at some point, maybe.) 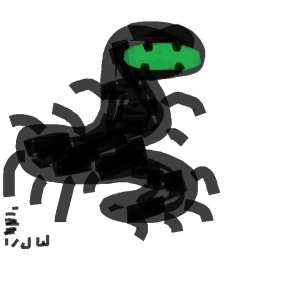 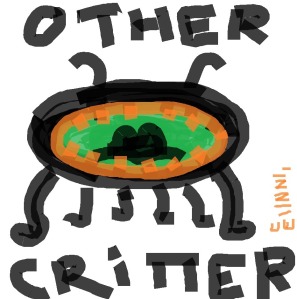 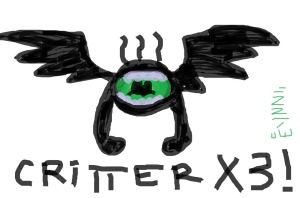 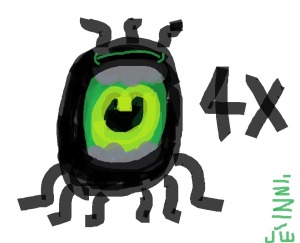 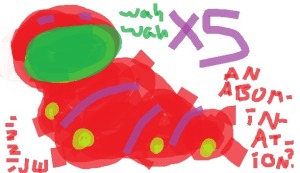 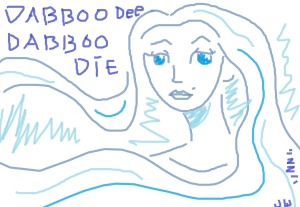 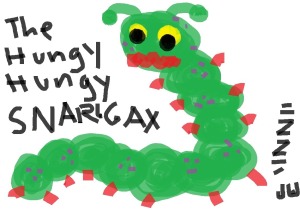 A cross between the Hungry Hungry Caterpillar from the classic kids’ book, and the terrifying snake monster art in Hiveswap. Hungy! 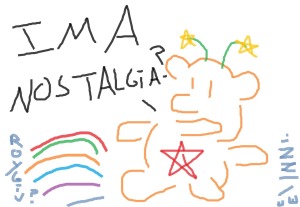 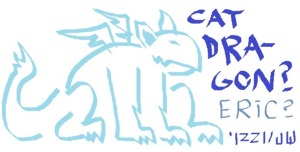 Xefros’s lusus. We named him Eric! 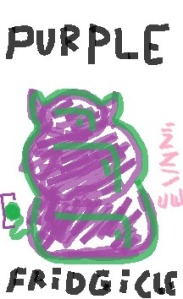 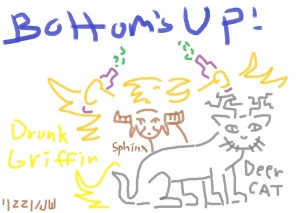 Strange creatures from random Player and Doodler projects hangin’ out! (The drunk griffin from Quest for Glory II, the Sphinx from King’s Quest 2015 Chapter 4, and the deercat, aka Dammek’s lusus from Hiveswap.) 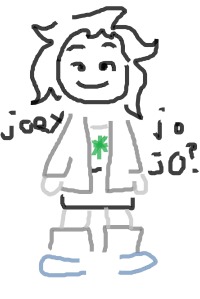 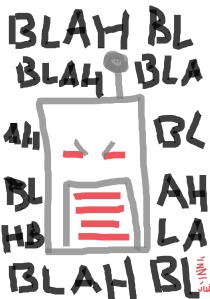 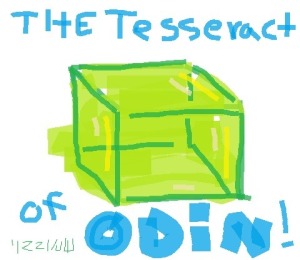 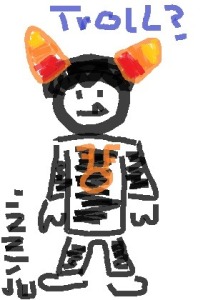 Heeeere’s Dammek! Kind of! His sign is the Golden Snitch!