Part 12: After an extremely long hiatus, we *finally* return to finish up Quest for Glory 4! After freeing a gypsy, our lovable Count Fivefingers gets the most pixelated Tarot card reading ever!

Part 13: Count Fivefingers gets in good with the gypsies, then steals from an old man! Uh, that’s not racist.

Part 14: Count Fivefingers explores the eeeeeeeeevil monastery! He proceeds to get drunk and torch the place. Hey, we’re already playing a thief; might as well add arson to the list.

Part 15: It’s some hot swamp-jumping action as we begin to collect rituals to summon the Dark One! Also, the old man we told to wander off into the woods gets himself killed. And we shank a dude for literally no reason at all. Are we sure we’re playing as the good guy?

Part 16: The return of an old friend! An old, ugly, cranky, pun-filled friend. Which could describe a lot of people in this series, actually. It’s Baba Yaga! Baba Yaga!

Part 17: We finish the Leshy subplot and never have to deal with his hole again! Also, the gnome finally regains his sense of humor[citation needed].

Part 19: Count Fivefingers faces his greatest challenge: not doing something early on in the game and having to start over! SIIIIEEEEEERRRRRRRRAAAAAAAAAAAAAAAAAAAAA!!!!!!!!!! (The video skips the do-over. Lucky you. It doesn’t skip over the naked blue man giving out exposition, though. Go to 13:28 to skip that.)

Part 20: This game is still going on. People talk a lot. I guess Katrina is evil or something? Also, the tarot cards tell all about the feminist vampire structure.

Part 21: Chewie dies so that Webby Vanderquack can live! And an old acquaintance gives us Bad Advice.

Part 22: After some brief sexual harassment and light bondage, our hero finally learns the objective of the game. Yes, it *did* take 22 parts! Fortunately, all we need to do to get into the endgame is kidnap the spirits of dead children.

Part 23: It’s the finale! People die! Burgers are meistered! Elves are briefly resurrected! We climb down the fourth wall! The flood of exposition finally ends! And, presumably, John Rhys-Davies goes home to three more bottles of scotch to permanently erase this game from his memory. 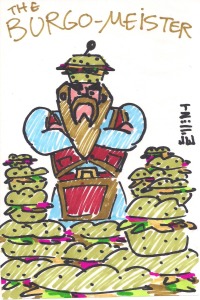 The mayor of Mordavia has his own delicious side business! 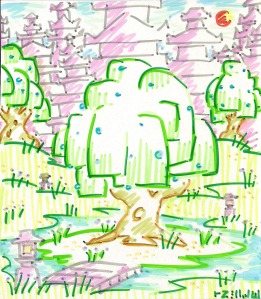 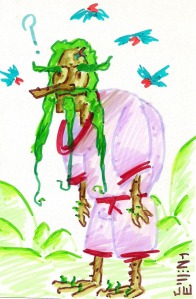 It’s the Leshy! Cuckoos come out of his hole! 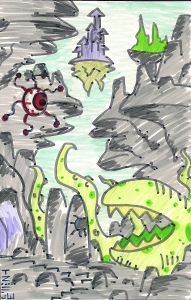 A pastiche of stuff, including a tentacle monster and green flame from the Dark One’s cave, a bug pillar from outside said cave, the Borgov’s castle if it were floating for some reason, and a scary eyeball monster that in reality is just the mouse cursor. 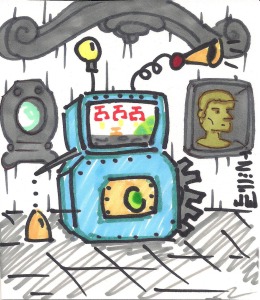 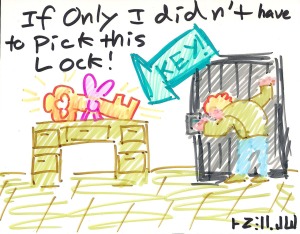 The saddest part of our playthrough so far. At least we got a lot of lockpicking skill in the process. 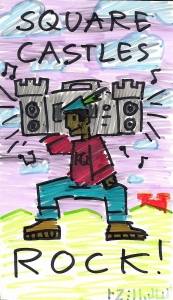 I don’t need to add a caption for this picture at this point. King’s Quest I. You know the drill by now. 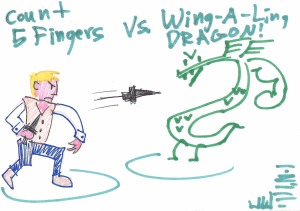 Count Fivefingers vs. a wing-a-ling Trogdor (who nearly appears in the game). 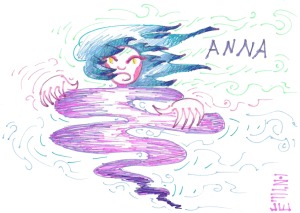 Anna, the ghost in the woods. You can help put her soul to rest, and get a nice hat out of the deal! 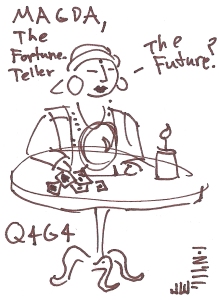 Magda, the gypsy fortune teller, giving some not-very-helpful hints. “Dreams mean something, or they don’t. Whatever; fifty dollars.” 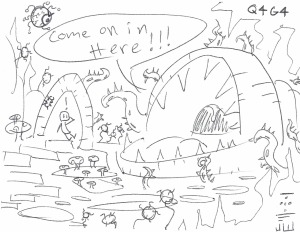 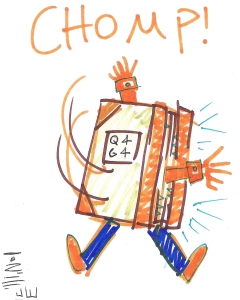 The best death in the game. Be careful of what you read in evil monasteries! 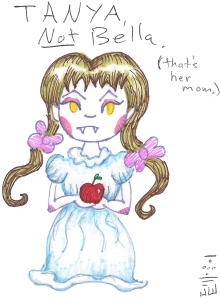 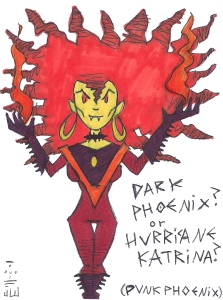 Part 1: After a long hiatus, we finally return to the Quest for Glory series with QFG4: Shadows of Darkness! Renowned thief Count Fivefingers finds himself in an unfamiliar ribcage and must escape. But on the plus side, his life is suddenly narrated by John Rhys-Davies!

Part 2: Our hero meets the colorful townsfolk of Mordavia, including the Burger Meister and the Avocado Woman.

Part 3: It’s far more difficult than it should be to receive your thief certification from the Chief Thief Peter Lorre cockroach in this town. Also, John Rhys-Davies starts drinking just to make it through his pun-laden lines.

Part 4: We solve a bunch of brain-teasers…FOR SCIENCE! At least Jess Harnell and Neil Ross seem to be having fun making up better lines for the townspeople than the game gives them.

Part 5: Will Boris Karloff ever mend fences with the Avocado Woman? Or will he simply do the Monster Mash?

Part 6: The exposition finally dispensed with, Count Fivefingers ventures forth into the countryside of Mordavia, to encounter bloodthirsty bunnies and Radagast’s country bumpkin little brother! Cuckoos come out of his hole!

Part 7: We meet the Rusalka, who has well-developed…characteristics. Will she drive up our Youtube views? Also, we run into an old…friend?

Part 8: Count Fivefingers’s thieving skills are as rusty as the hinges on everything in the house he robs.

Part 9: The game’s scripted comedian battles wits with the unscripted improv of the townspeople’s voice actors. Who will win?

Part 10: Ten parts in, and this game finally gets a plot. Uh, kind of.

Part 11: Our poor Count nearly kills himself trying to free a gypsy. Then irony kicks in.