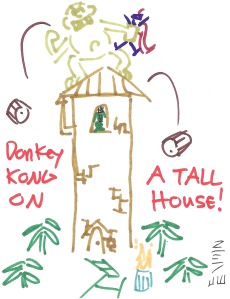 In another strange mash-up of games we played the same night, Donkey Kong kidnaps King Graham at the top of Hagatha’s Tower! 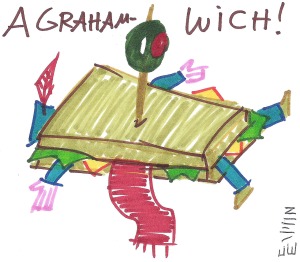 Based on a dumb joke we made about S’mores (you see, a S’more is a Graham-wich because the crackers are like the bread and the marshmallow and chocolate are etc. etc. whatever). 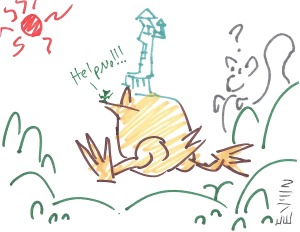 The giant squirrel looks on in bemusement as Hagatha’s tower runs by! 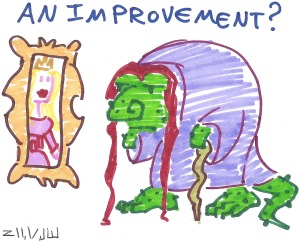 Hagatha stares at her past. But which version is the improvement? 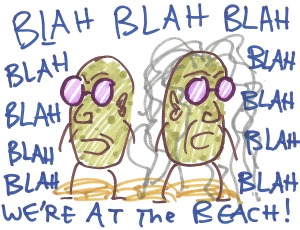 The Hobblepots have finally completed their evolution into potato people! They’re at the beach! 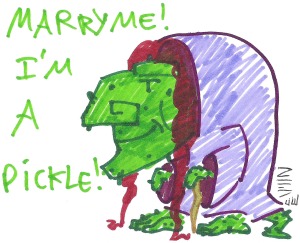 This is, like, three gags colliding in one doodle (Hagatha kind of looks like the Troll Valanice running gag, but also looks a little like a pickle, kind of like the one from Space Quest 4 from Monolith Burger that says, “Bite me, I’m a pickle!” that became a running gag between The Sister and her then-boyfriend now-husband and may have somehow helped contribute to their decision to wed? I’m a bit fuzzy on that part). Anyway, if none of that matters to you, enjoy a nice non-sequitur! 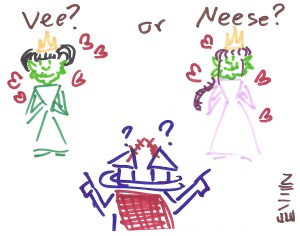 Graham has a hard choice: does he pursue Troll Vee or Troll Neese? 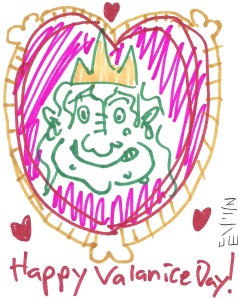 Happy Valanice Day, everybody! May you find a beautiful troll of your own to love!